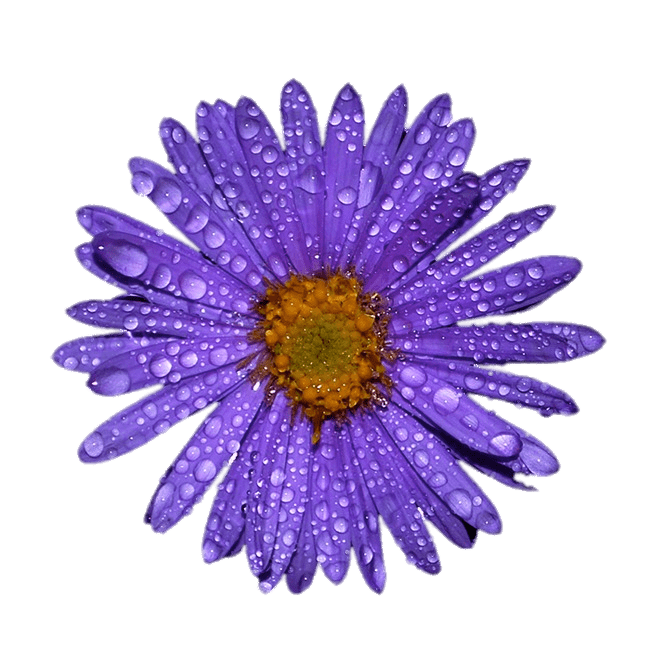 Aster is a perennial flowering plant genus of the Asteraceae family. It presently includes roughly 180 species, all of which are limited to Eurasia save one; many species previously classified as Aster have been moved to other genera in the Astereae tribe. The type species of the genus Aster and the family Asteraceae is Aster amellus.

The name Aster derives from the Ancient Greek word (astr), which means “star” and refers to the flower’s form. Because of their lovely and colorful blooms, many species, hybrids, and variations are popular as garden plants. The larvae of a variety of Lepidoptera species feed on ‘Aster’ species (see list of Lepidoptera that feed on Aster). Asters may be grown in all zones of hardiness.

Nearly 600 species of Aster originally existed in Eurasia and North America, but following morphologic and genetic study in the 1990s, it was concluded that the North American species should be placed in a series of other related genera. There are around 180 species in the genus following this split, with all but one limited to Eurasia.

The New World species have been reclassified as Almutaster, Canadanthus, Doellingeria, Eucephalus, Eurybia, Ionactis, Oligoneuron, Oreostemma, Sericocarpus, and Symphyotrichum, however they are all recognized as members of the same Astereae tribe. Because of its regular blooming season, most are still called to as “asters” or “Michaelmas daisies,” despite the taxonomic transition. For further information, see the Aster synonyms list.