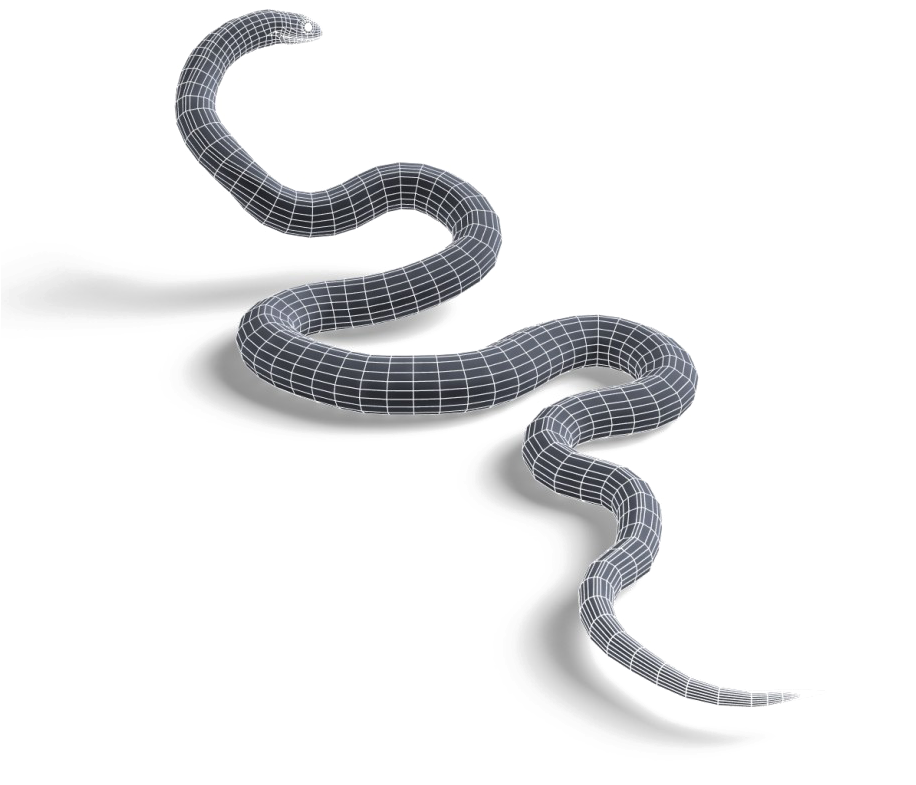 The black mamba is an extremely poisonous snake that belongs to the Elapidae family. Parts of Sub-Saharan Africa are home to this species. It is the second-longest poisonous snake after the king cobra, and mature individuals often exceed 2 m (6 ft 7 in) and commonly grow to 3 m. It was first formally described by Albert Günther in 1864. (9 ft 10 in). There have been reports of specimens ranging in length from 4.3 to 4.5 meters (14 ft 1 in to 14 ft 9 in). The color of its skin varies from grey to dark brown. Adult black mambas are lighter than juveniles, although they deepen with age.

The species is both terrestrial (ground-dwelling) and arboreal (tree-dwelling), and it may be found in savannah, woodland, rocky slopes, and deep forest in certain areas. It is nocturnal and feeds on birds and small animals. It can go at speeds of up to 16 km/h (10 mph) on appropriate surfaces for short distances. Black mambas have few natural predators as adults.

When the black mamba is threatened, it opens its inky-black jaws, stretches its short neck-flap, and hisses. It can strike from a long distance and can deliver a number of bites in quick succession. Its venom is mostly made up of neurotoxins, which can cause illness in as little as 10 minutes and can be lethal if not treated with antivenom. The black mamba, despite its reputation as a fearsome and violent animal, only attacks humans when threatened or trapped. On the Red List of Threatened Species of the International Union for Conservation of Nature (IUCN), it is listed as “least concern.”

Albert Günther, a German-born British biologist, published the first formal description of the black mamba in 1864. A single specimen of a snake was recovered by John Kirk, a naturalist who accompanied David Livingstone on the Second Zambesi expedition from 1858 to 1864. The holotype of this species is kept in the Natural History Museum in London. The species’ generic name is derived from the Ancient Greek words dendron (o) “tree” and aspis () “asp,” while the specific epithet polylepis is derived from the Ancient Greek words poly () “many” and lepis () “scale.” The Zulu word “imamba” is the source of the English “mamba.” Ndemalunyayo (“grass-cutter”) is a native Ngindo name that means “grass-cutter” in Tanzania.

Dendraspis Antinorii was named by German scientist Wilhelm Peters in 1873 based on a specimen in Genoa’s museum that had been obtained by Italian adventurer Orazio Antinori in what is now northern Eritrea. This was later classified as a subspecies and is no longer considered separate. In 1896, Belgian-British naturalist George Albert Boulenger lumped the Dendroaspis polylepis species together with the eastern green mamba (Dendroaspis angusticeps), a classification that lasted until 1946, when South African herpetologist Vivian FitzSimons divided them out again. The black and eastern green mambas are each other’s closest relatives, according to a 2016 genomic investigation, and are more distantly related to Jameson’s mamba (Dendroaspis jamesoni), as seen in the cladogram below.