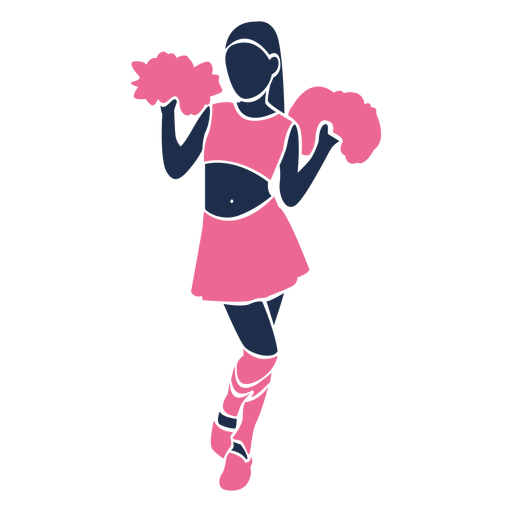 Download top and best high-quality free Cheerleader PNG Transparent Images backgrounds available in various sizes. To view the full PNG size resolution click on any of the below image thumbnail.

Cheerleading is an activity in which members assist their team by cheering them on. It may take many forms, from singing slogans to engaging in strenuous physical action. It can be used to inspire sports teams, entertain the audience, or compete with others. Cheerleading routines usually last one to three minutes and include elements such as tumbling, dancing, leaps, cheers, and stunts.

Cheerleading began in the United States and is now primarily a US sport, with an estimated 3.85 million participants in 2017. The 1997 broadcast of ESPN’s International cheering competition and the international release of the 2000 film Bring It On ushered in a new era for cheerleading. The International Cheer Union (ICU) today has 116 members from across the world, with an estimated 7.5 million cheerleaders. In Australia, Canada, China, Colombia, Finland, France, Germany, Japan, the Netherlands, New Zealand, and the United Kingdom, the sport has grown in popularity, with sport leaders pursuing Olympic recognition.

Cheerleading got its start in the late 1800s, when male students rebelled. Students were subjected to severe treatment by teachers following the American Revolutionary War. College students retaliated violently in reaction to professor harassment. Undergraduates started rioting, setting fire to buildings on their college campuses, and assaulting staff members. Students devised and organized their own extracurricular activities beyond the jurisdiction of their teachers as a more subtle method to attain independence. This gave birth to American sports, which began with collegiate teams.

Students in the United Kingdom began to shout and chant in unison for their favorite sportsmen during sporting events in the 1860s. That show of solidarity soon made its way to America.

The first intercollegiate football game was played in the United States on November 6, 1869. It was a game between Princeton University and Rutgers University, and it commemorated the first time student fans sang “Sis Boom Rah!”

Cheerleading as a team sport began as a male-dominated sport. Princeton University had a “Princeton Cheer” as early as 1877, according to The Daily Princetonian issues from February 22, 1877, March 12, 1880, and November 4, 1881. Students in attendance at games, as well as the athletes themselves, chanted this cheer from the stands. The cheer, “Hurrah! Hurrah! Hurrah! Tiger! S-s-s-t! Boom! A-h-h-h!” remains in use with slight modifications today, where it is now referred to as the “Locomotive”.

Thomas Peebles, a graduate of Princeton in 1882, came to Minnesota in 1884. During the University of Minnesota, he introduced the concept of organized crowds applauding at football games. On October 26, 1897, Princeton’s football authorities chose three students as Cheer Leaders: Thomas, Easton, and Guerin from the classes of 1897, 1898, and 1899, respectively, from Princeton’s classes of 1897, 1898, and 1899. These kids would also support the squad at football practices, and special cheering sections were set up in the stands for both the home and visiting teams during games.

The formal birth date of organized cheering is November 2, 1898. Soon after, the University of Minnesota formed a six-man “yell leader” team, which still uses Campbell’s original shout. Gamma Sigma, the first cheering fraternity, was formed in 1903.