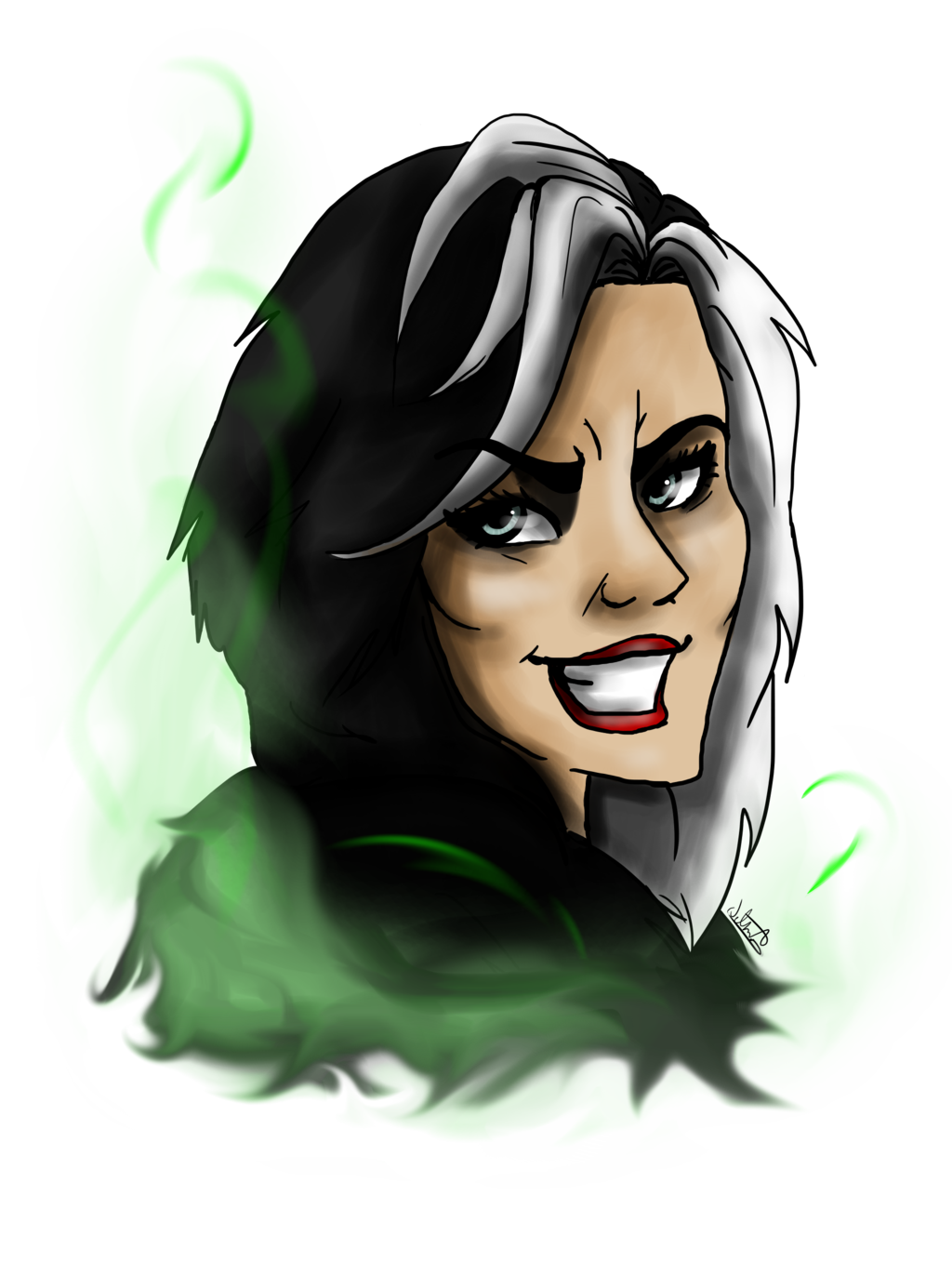 Cruella de Vil is a fictitious character from Dodie Smith’s novel The Hundred and One Dalmatians, published in 1956. She appears as a pampered and glamorous London heiress and fashion designer in Walt Disney Productions’ 17th animated feature film, 101 Dalmatians (1961), voiced by Betty Lou Gerson; in Disney’s 101 Dalmatians II: Patch’s London Adventure (2002), voiced by Susanne Blakeslee; in Disney’s live-action 101 Dalmatians (1996) and 102 Dalmatians (2000), portrayed by Glenn Close; in the spin-off prequel and reboot

Cruella kidnaps 97 or 99 Dalmatian pups for their fur in all of her incarnations. Cruella’s choice to skin pups is explained in the live-action Disney feature because when short-haired dogs age, their fur turns coarse, which does not sell as well in the fur fashion market as the fine, soft fur of puppies.

The figure rose to fame as a symbol of greed, vanity, and evil in popular culture. Cruella’s depravity is obvious, from her unsubtle symbolic name to her horrible physical look. Cruella de Vil was placed 39th on AFI’s “100 Years…100 Heroes and Villains” list.

Cruella de Vil is a pun on the phrases cruel and devil, and her English country castle is dubbed ‘Hell Hall,’ emphasizing the resemblance. The name ‘de Vil’ is also a literary allusion to Lord Godalming’s letter in Bram Stoker’s Dracula (1897), in which the realty company Mitchell, Sons & Candy informs him that the purchaser of a mansion in Piccadilly, London is “a foreign nobleman, Count De Ville.” Count De Ville, on the other hand, turns out to be Count Dracula’s pseudonym.

It’s also thought that the name was inspired by Dodie Smith’s acquisition of a new Rolls-Royce 25/30 “Sedanca de Ville” motorcar in 1939, which she and her pet Dalmatian “Pongo” frequented and which later became the foundation for Cruella’s own cartoon picture. The phrase “de Ville” initially referred to a car having a separate compartment for the driver or chauffeur, but by the mid-twentieth century, it had come to mean simply excessive luxury, as befitting the overprivileged Cruella.

Cruella is presented in the original narrative as a spoiled and beautiful London heiress who went to school with the owner of the Dalmatian pups, however it is said that they were not friends and that she scared the young Mrs. Dearly. She was a threatening student with black and white plaits who was kicked out of school for drinking ink. Mrs. Dearly, on the other hand, appears to be on warmer terms with Cruella when they first meet at the start of the story, until Cruella snatches Dearly’s Dalmatian pups, claiming they will form “enchanting fur coats.”

Cruella’s cuisine is curiously colored and has a strong pepper flavor when she hosts visitors for supper. When Mr. Dearly suggests that Cruella’s mink cloak might be too warm for a July evening, Cruella quips that she never finds anything too warm; she always stokes a blazing fire and complains of being chilly despite the oppressive heat. The flat is depicted as an opulent version of Hell, with all of the rooms built of marble and painted in vivid shades of green, red, and black. Cruella also introduces her visitors to her mistreated white Persian cat, whom she acknowledges she despises and only retains because of the animal’s worth.

Cruella displays her malicious interest in the Dalmatians during their first encounter, commenting that she and her henpecked husband had never considered creating garments from dog fur before. She is appalled by the pristine skins of the newborn pups and offers to have them drowned right away; this is her manner of getting rid of creatures she considers to be useless, having drowned dozens of her own cat’s kittens. She takes up the grown pups on her second visit to the house and treats them as if they were clothing to be worn.

She buys up all the Dalmatians she can find and has her thugs abduct the Dearlys’ puppies for fur jackets, but they all manage to escape. When the Dalmatians and the white cat return to London, they burn all of Mr. De Vil’s furs and jackets, which Cruella keeps at home to wear. The majority of the furs had not yet been paid for, so the de Vils fled England to avoid their obligations, allegedly opting for plastic raincoats instead of fur. Cruella’s black hair turns white, and her white hair turns an off-greenish colour as a result of the shock.