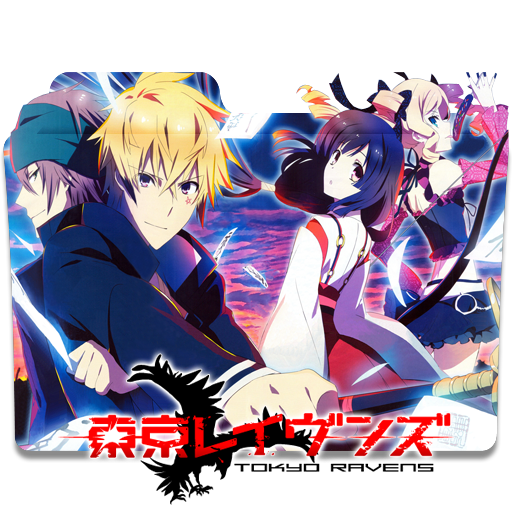 Khei Azano wrote and Sumihei drew the Tokyo Ravens light book series in Japan. In 2010, it was converted into a manga series. On October 9, 2013, it was adapted into an anime series, which aired until March 26, 2014. The series was streamed live on Funimation’s website. Kadokawa began distributing the English volumes of the Manga on BookWalker, their official eBook shop, on October 29, 2014.

During World War I, the Japanese developed a formidable method known as onmyodou sorcery. Later, the famed Yakou Tsuchimikado performed the ‘Taizan Fukun Ritual,’ which would help Japan emerge as a strong force. The ceremony, however, goes tragically wrong, and the outcome is what is now known as the “Great Spiritual Disaster,” an occurrence that continues to haunt the Japanese continent to this day. In addition, the Onmyo Agency was formed to keep an eye on supernatural activities in the area and to battle any spirits or demons that could intrude into the real world.

Onmyodou has evolved over time, becoming more polished, simpler, and modernized, with applications in health and technology. However, not everyone can afford this power, as Harutora, a member of one of the Tsuchimikado’s branch families, who was born without spiritual power, demonstrated. Despite being born into a prominent onmyoji family, his life has become useless since he lacks spiritual force and can do nothing. However, he recalls making a pledge to his engaged childhood friend Natsume, the Tsuchimikado’s family heir and Yakou’s alleged reincarnation. Regardless of his past, all Harutora ever desired was to live a regular and quiet existence. When a group of people from the Onmyo Agency try to replicate the tragedy that led to Japan’s demise two years ago, he chooses to take matters into his own hands by fighting alongside Natsume as her shikigami (supporter).

Six manga series based on the light novels were created as a result of Tokyo Ravens. Atsushi Suzumi drew the first one, Tokyo Ravens. It began serialization in Monthly Shnen Ace on April 26, 2010. Eight volumes have been compiled from the chapters. It is based on the primary plot of the light novels. Tokyo Ravens: Tokyo Fox, the second manga series, was illustrated by COMTA and released in Fujimi Shobo’s Age premium in 2011. It includes an original narrative about Kon. Tokyo Ravens: Red and White, the third series, is a manga spinoff by Azumi Mochizuki. It was serialized in Kadokawa’s Monthly Dragon Age, with the last issue being published in November 2013. Tokyo Ravens: Sword of Song, the fourth series, is a manga spinoff by Ran Kuze. It was first serialized in Kodansha’s Monthly Shnen Rival in November 2013. In the January 2014 issue of Kadokawa’s Monthly Dragon Age, the sixth series, Tokyo Ravens -Girls Photograph-, began publication. It concentrates on the series’ female characters. Tokyo Ravens AnotherXHoliday, the sixth and most recent series, debuted in Kadokawa’s shojo magazine Millefeui in February 2014. It concentrates on the series’ male protagonists.